Is Gold Mining Worth The Trouble? 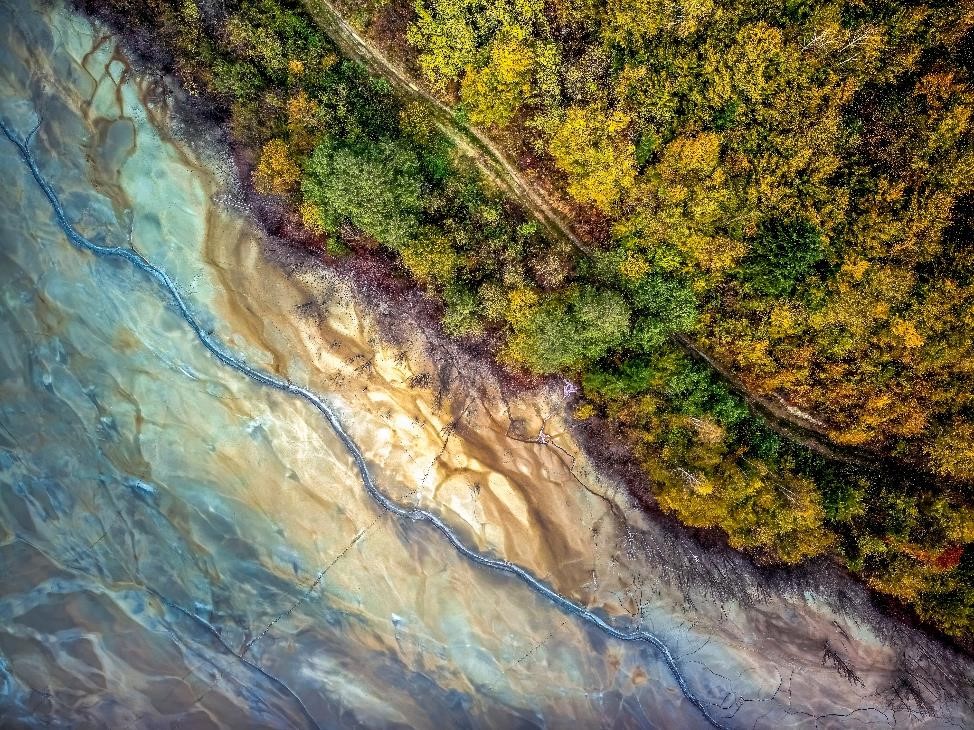 The picturesque landscapes of the Sperrin mountains sit above 460 million-year-old veins of gold. For years, mining companies have been grappling away to extract the precious metal, their talks held no avail. Recently, a mining company, Dalradian Gold, has filed an application that is nearing approval. The mining operation would prove highly beneficial to Northern Ireland, where jobs and investment opportunities showed 30 years of stagnation during the Troubles and have continued to remain uncertain due to Brexit. If approved, the mine, named Curraghinalt, would become the largest gold mine in the UK. A question that remains dangling over the heads of the people, is whether it is more valuable to extract the gold for economic gain or leave it in the ground and protect their homeland?

Gold mining’s extraction process releases copious amounts of toxic chemicals, these cause substantial damage to the surrounding environment. Tailings from mines would also blemish their scenic terrain and leave it scattered with waste. No mining company has made it this far into the approval process and the people are in uproar. The people of County Tyrone in Northern Ireland, are the closest neighbours to the Sperrin mountains and have demonstrated great displeasure towards their land, air and water beds being poisoned by the runoffs. Swarms of local protesters stood against gold mines being set up on their home soil. A lengthy 1,000 day protest and their stance unwavering. In 2019, following the protests and fierce backlash online, the company decided to carry out the extraction process without the use of toxic cyanide. Dalradian Gold has also promised to carry out environmentally sustainable operations and aims to reduce water usage by 30% and gas emissions by 25% in an effort to become Europe’s first carbon neutral mine.

The demand for gold is increasing rapidly and is showing no signs of stopping. Even during the pandemic, the price of gold skyrocketed, prompting renewed interest in the mining industry. Illegal mining boomed in the Amazon, destroying sizeable amounts of the rainforest, consequently dismantling entire ecosystems. With all the political backlash, protests and environmental damage, is gold mining still worth all the effort? In 2019, the World Gold Council, released that the production of gold decreased by 1% globally, the first decline in a decade. Analysts have argued that we have reached the point where the maximum rate of gold extraction has been passed. The concept of “peak gold” would mean that the production rate of gold will continue its decline until the scarce resource is completely depleted. A research firm, CFRA, has shown that half of extracted gold is used as jewellery. The remaining belongs to central banks and investors, as the metal is viewed as a stable asset. During the pandemic, even governments have begun utilising the asset, at a time where the volatility of currencies are at an all-time high. This has caused a surge in the price of gold, a single ounce is now worth above US$1,900.

The pandemic however, has also caused disruptions to supply chain operations. The level of gold extraction is unlikely to meet the rising demand in the near future. A majority of the gold circulating in the market will have to be recycled to tackle the forecasted upward trend in demand. Old jewellery, coins and even gold from the circuit boards of our electronic devices will become a crucial source of the rare metal. Data from CFRA has shown that in the last two decades, approximately 30% of the global gold supply was in fact recycled and not mined. Although this seems like a step forward, recycling of the metal is a double edged sword. The refineries still use toxic chemicals in their processes. Nonetheless, the process is far less damaging than mining. A recent study has shown that the production of 99.99% pure gold obtained by recycling is 300 times less carbon intensive than mining.

It is quintessential that the devastating impacts of gold mining be mitigated to ensure the protection of our precious environment and the health of the surrounding people. The industry acts as a catalyst for economies. The opportunity cost of mining has to be reduced. Clean Mining, part of the Clean Earth Technologies group, has a sustainable alternative. They use a non-toxic solution which eliminates the use of cyanide in the traditional gold mining process. Their gold recovery reagent delivers similar gold recovery rates to cyanide. With the use of Clean Mining’s solution, gold mining can be both efficient and environmentally friendly.