The Dreary Aftermath of E-waste 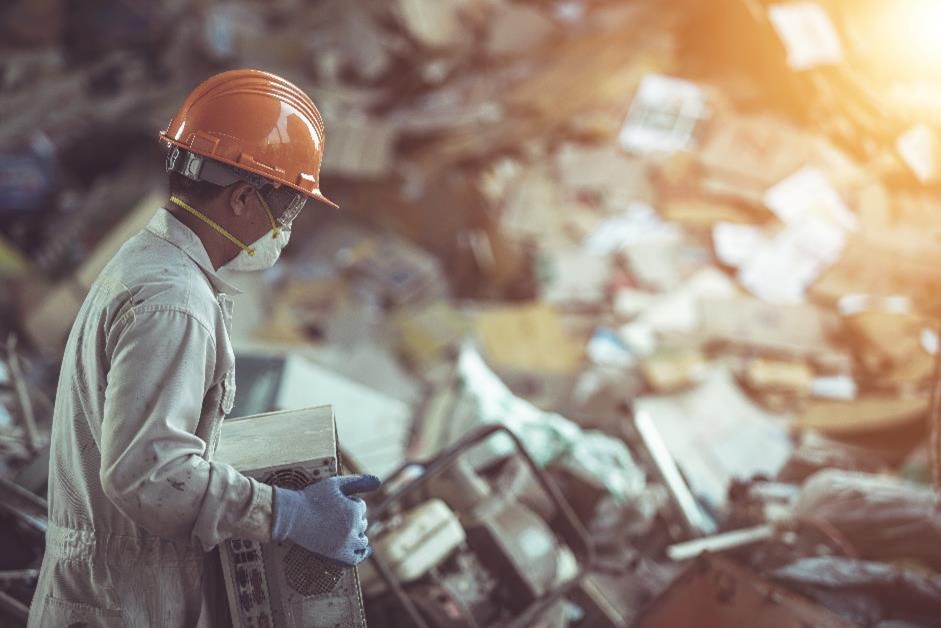 How often do you replace your electronic devices? Do you ever wonder where these dated or defunct appliances wind up? The newest model often has people flocking to the stores. Their old, perfectly intact device in hand, minutes away from being disposed of. As electronics become cheaper and more accessible, their rising demand becomes increasingly difficult to meet. Our rampant consumerism has led to piles of electronic waste in landfills, causing substantial harm to our environment and destroying entire ecosystems as a consequence. Electronic devices contain many toxic substances and must be safely disposed of to prevent runoff. It is necessary that they be dropped off at designated recycling facilities to ensure that our air, soil, and water remain pristine. The damage electronic waste has caused is wide-reaching and spans generations.

Our atmosphere is filled with pollutants as electronic waste gets informally scrapped. The dismantling, shredding or melting releases dioxins, which are carcinogenic and have been linked to severe respiratory ailments, chronic diseases and other significant health risks. Burning the waste is also a key contributor to this growing issue. Particles from the fumes seep into the air and have the ability to traverse long distances, endangering others. Many flora and fauna in neighbouring regions have become endangered as a result of this. Electronic waste also contains valuable materials, like gold and silver, which can be extracted and reused. Acids and other toxic chemicals are utilised in the recycling process, often resulting in acidic fumes, when left unregulated. One of these informal hubs resides in Guiyu, China where the lead levels in the air have reached unprecedented levels, causing the health of the people and wildlife to deteriorate at a catastrophic rate. The majority face severe neurological damage. The soil also bears a great toll, as these toxins seep directly into the earth. Underlying groundwater and arable land become contaminated.

Crops absorb the chemicals and the reverberation is felt through the entire food chain. Revegetation on eroded land becomes highly unlikely and illnesses plague the ecosystem. After the heavy metals like mercury, lithium, lead and barium have contaminated the soil, they eventually begin their descent even further, until they touch groundwater. When the source has been infiltrated, these toxins reach ponds, streams, rivers and lakes, contaminating our drinking water and causing acidification. Marine organisms suffer and biodiversity withers. Recovery becomes nothing more than a fantasy once the toxins have done their worst.

When electronic waste is not disposed of safely, the environment suffers immensely. It is crucial that the dreary aftermath be eradicated for a better future. Proper recycling must become the norm.  The current practice of extracting the precious metals from e-waste is through the use of toxic chemicals such as cyanide and harsh acids. This practice is unsustainable and is harmful not only to the environment but also to mankind. Companies doing the recycling of e-waste must extract gold safely, sustainably and ethically.

Clean Urban Mining, part of the Clean Earth Technologies Group, has a non-toxic gold recovery reagent that extracts gold cleanly and sustainably without the use of cyanide and harsh acids. This process features a novel and safe way to rapidly leach the gold in high yield.